Well, it’s all come down to this. I’ve gone through 6 James Bond films in the past 2 days, to prep for Skyfall. Surprisingly, it isn’t Casino Royale or Quantum of Solace that fit best with Skyfall, but rather the classics during the Connery and Moore days. Fair warning: spoilers abound below.

Skyfall starts out with the usual chase scene; what you’re used to in the Craig era. This chase soon leads to the alleged death of Bond, at the hands of a fellow agent. Begin typical Bond intro. Enter Bond with woman, enjoying his “death”. Of course, he does return, only to find M (Judi Dench) on the verge of being forced into retirement and a crazed mad man (Javier Bardem) hacking their system, blowing up MI6 HQ, and leaking the identities of undercover agents. All in a days work for 007, right?

I was extremely nervous going into the theater. After all, I hadn’t heard anything but rave reviews about Skyfall in the entire week leading up to seeing it. It began, and the opening chase scene was on par with Casino Royale and Quantum of Solace. The title sequence was just as good. Craig was typically good, Dench top notch, per norm. It was all in all a good Craig/007 movie. Then comes Javier Bardem’s Silva. Much like Heath Ledger’s Joker brought The Dark Knight up a whole notch, Silva did the same for Skyfall. He’s ten times more intimidating than the previous Craig-era villains, is only after one thing (revenge), and has the usual Bond villain deformity. The man is scary. What’s scary is that he isn’t after dropping a nuclear bomb, or taking over the world, he only want to see M die.

Another reason Skyfall was particularly mind-blowing for me was all of the throwbacks. We get 3(!) new regulars, some of which haven’t been seen in a decade or more. Q (Ben Whishaw) was my personal favorite. If you remember the old Desmond Llewelyn days, you remember that he and Bond always had an interesting relationship. He was always older than Bond, but never afraid to let him know what he thought of him. Now, with a younger Q, the dynamic changes, but the same relationship is there. Also, what about bringing back the DB5? Ejector seat and all?

Overall, as you can tell by the length of this post, this is now my new favorite Bond film. While it does lag, and the last sequence of events seems a bit out of place, I respect Sam Mendes trying to take the series in a new direction while still honoring the past. An absolute treat to watch. 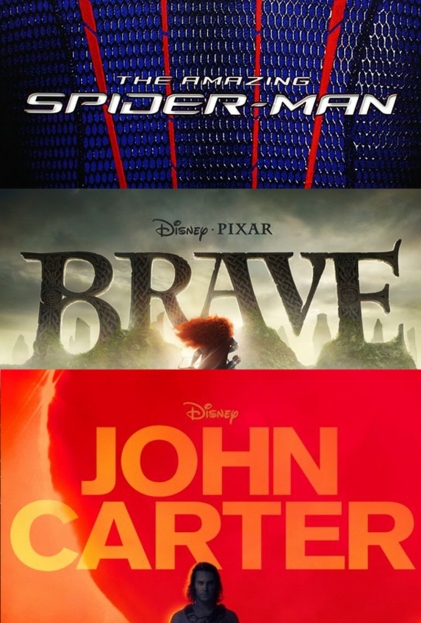 Well, it’s a new year, and instead of doing any resolutions that would have surely be broken by now, why not look for the good in the new year by counting down what movies I’m looking forward to most in the next 12 months. I’m sure there will be one’s I’ve never heard of that will be my favorites, but here are the ones I know about, that look or sound pretty sweet.

I don’t know much about WWZ, but I do know it’s a zombie flick with Brad Pitt, so I’m in!

Quentin Tarantino has been trying to get this made for a while now. Hopefully the movie’s like a fine wine and ages well with time on the shelf.

Still have yet to see an entire 007 movie, this might be the first of the bunch.

I kinda like Coraline, but it could have been better. Enter Norman.

Never been a fan of horror movies, but this one looks like it turns the genre on its head.

The title alone is enough to get my butt in a seat. Who doesn’t love some revisionist history?

It’s based off a book series, which gives me hope that that the new Twilight is much more manageable.

6. The Hobbit: An Unexpected Journey

I only saw the Lord of the Rings trilogy last year, but it was enough to make me think Peter Jackson can do no harm in Middle Earth.

Have you seen the trailer? I’ve never seen Alien, but I really want to now.

4. Snow White and the Huntsman

Early frontrunner for Snow White adaptation of the year. Even with Kristin Stewart.

Yes, it’s too soon for another reboot. But Emma Stone and Andrew Garfield taking over? Admit it, you’re going to see it.

If only there was a movie that combined Hollywood’s love affair with the superhero movie….

So far, Christopher Nolan can do no harm. So why not add some more amazing actors (Joseph Gordon-Levitt, Tom Hardy) and call it the movie of the year now?